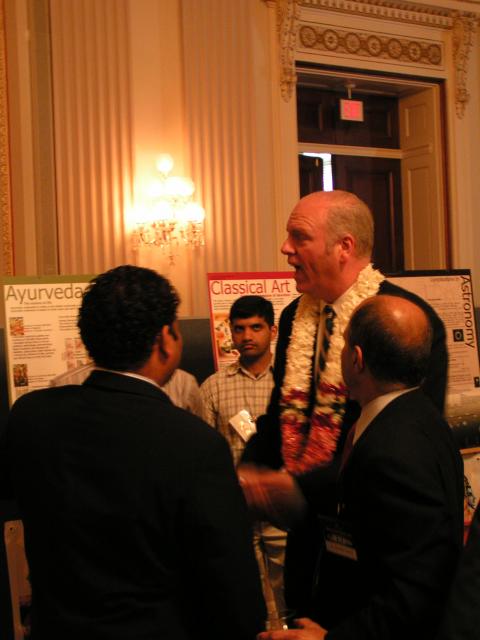 On July 18, 2006, on the occasion of Indo-American Friendship Council (IAFC)’s 10th annual gala banquet dinner at the Cannon building in Capitol Hill, volunteers from Hindu Swayamsevak Sangh (HSS) organized an exhibition on Hindu Culture and Dharmic Traditions of India.  The fascinating assemblage of colorful posters features richly diverse information about ancient India’s contributions to world civilization, including discoveries in Science and Technologies.  Of particular interest were the pictorial presentation on metallurgy and Ayurveda. This poster told about an iron pillar that had remained rust-free for more than 1400 years indicating ancient India’s prowess in metallurgy.

Participants included around 50 Congressmen and another 100 – 150 Indian Americans in various capacities including elected officials, doctors, engineers, students, and other professionals.  Many of them have a variety of roles and responsibilities in the IAFC.  There were other community members and prominent persons representing the media and other political groups such as American Israel Public Affairs Committee (AIPAC), the Democratic Party, and the Republican Party. 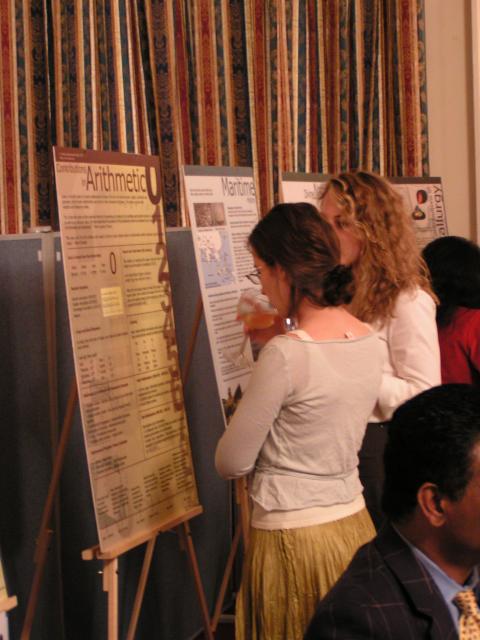 There was significant interest in attendees to view this intriguing and informative exhibition.  Many viewers including elected officials such as Congressman Joseph Crowley (D-NY) were impressed with the exhibition.  Several suggested to have it utilized at other events.

Participants were curious to know more about HSS and were appreciative to know about the regular weekly activities (“shakhas”) being held at different towns and cities in the United States.

The exhibition is a national project of Hindu Swayamsevek Sangh-USA, which conducts classes and camps for children and youth so that they can understand their culture and practice Hindu way of living.

HSS, a non-profit cultural organization run nearly 100 branches throughout the country. This exhibition was conducted by Hindu Swayamsevak Sangh (“HSS”) on the occasion of birth centenary of Shri Guruji (M.S. Golwalkar).