by hssadminuser
in Youth Development
0 0
0

March 2011 saw the coming together of youth (high school seniors, college students and young professionals) from 15 different states for the sambhag yuva varg, organized at three locations across the United States.  A total of 103 youth from 27 different colleges and universities participated in these one and a half day long Hindu youth empowerment camps (yuva varg). The purpose of the varg was to develop a deeper and broader understanding of Hindu Dharma as well as Sangh work, give everyone an opportunity to connect with youth from other places, and inspire the participants to take up active leadership roles in the society.

The yuva varg were a good blend of physical, intellectual as well as spiritual activities. 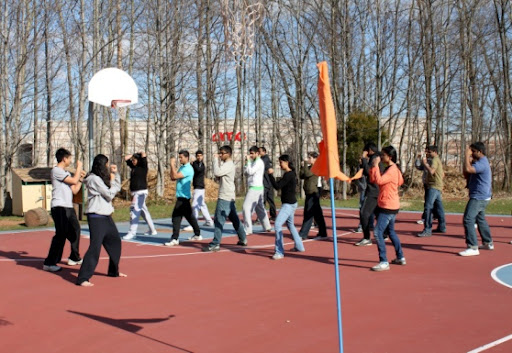 Physical activities included warm-ups, niyuddha, and samata among others.  Youth participated with tremendous intensity in Maha-Khel such as Kho-Kho and Capture the Flag. Intellectual activities comprised of various talks/presentations on role of Hindu Dharma in today’s society, Sangh work and social action, understanding Sangh work in US context, Yuva for Sewa (YFS), current state of affairs in North Eastern parts of Bharat and Jammu and Kashmir, inspiring stories from the life of Swami Vivekananda, etc. There were also a number of discussions on a variety of topics including: the significance of the ‘take back yoga campaign’, ‘being active as a Hindu on campus’ and ‘doing sampark on university campuses’. Spiritual activities included ish chintan (morning prayers), yoga, contemplating about Bharat Mata and lively bhajan sessions amongst others. There were also lighter fun-filled activities such as dumb-charades, camp fire and skits showcasing the creativity and talent of the participants. 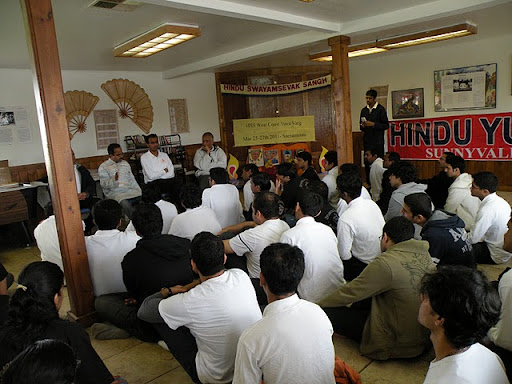 ing Sangh work forward. Their simple presence during the varg and informal interaction with the participants had a huge positive impact. Food was either delivered from nearby homes or cooked on the campsite. In either case, it was very delicious.  Each varg ended with a samarop baudhik on why youth should be doing this work and how they can make a difference.

Participation in the yuva varg was an invigorating and inspiring experience for all. People from all backgrounds came together, learned from each other, and understood ideas from different perspectives. Participants left with a better sense of how they could involve themselves in the society and create a substantial positive impact on their community as youth.