HSS holds Guru Vandana event at 68 locations nationwide in the presence of over 1700 academicians and over 8000 attendees and guests!

During the months of May and June 2019, Hindu Swayamsevak Sangh, USA (HSS) organized Guru Vandana events across the nation to honor teachers and their contribution in the society. More than 1700 academicians including teachers, principals, and superintendent a total of over 8000 attendees participated in 68 events held across the nation.

The U.S. celebrates the first week of May as “teachers appreciation week” and Tuesday of the same week as “National Teachers Day”. Hindu philosophy and culture considers the Guru as the “Supreme Being” who invokes and sustains the light of knowledge while eliminating the darkness of ignorance. Our lives are touched and inspired by countless teachers in schools, colleges and many other activities that we participate and excel in. To acknowledge and appreciate these Gurus who silently shape our lives, HSS volunteers across the nation held Guru Vandana during their weekend activities in the Month of May and at some places in June. 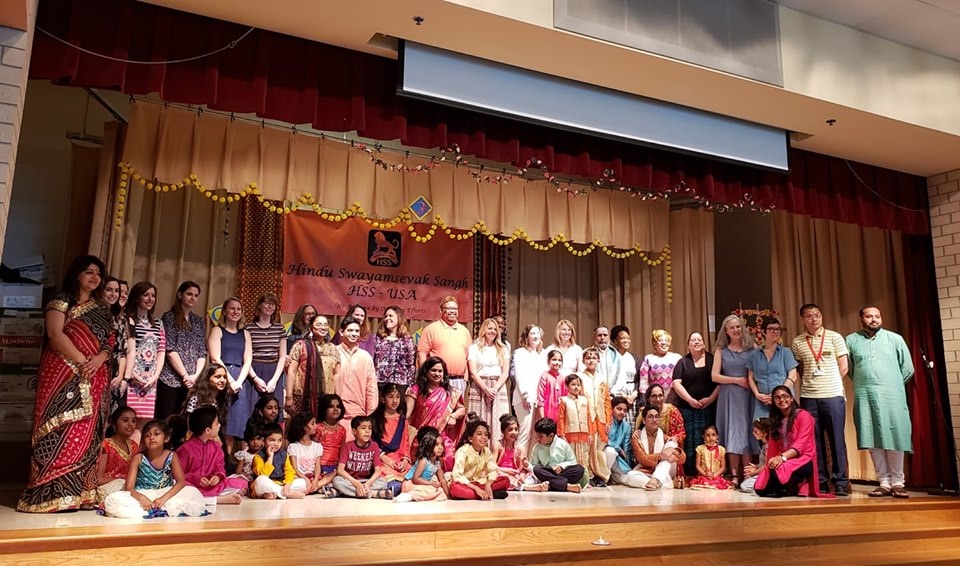 In a typical event, the children presented a cultural program where Sanskrit shlokas were recited in the honor of the Guru. The shlokas focused on the significance of the Guru, comparing the Guru to God, and pointing out the Guru’s role in achieving the supreme knowledge. A local chief guest shared his or her thoughts with the audience, followed by a teacher appreciation ceremony.

At several places, this event included a cultural program where children participated and presented their talent in classical dances, songs, and musical instruments. Some children developed their own innovative skits reflecting great personalities from India and the US. Some presented their training in Indian martial arts, Yoga, and other team activities.  Some locations had game stalls as well as information stalls on various cultural and philosophical aspects. All these events were organized by local HSS centers and were planned as well as coordinated by teenage children and their families.  Additionally, some places, HSS collaborated with the local townships to involve school district.  With rising environmental concerns, many events were held, “go green” without any use of plastic or Styrofoam for food service. 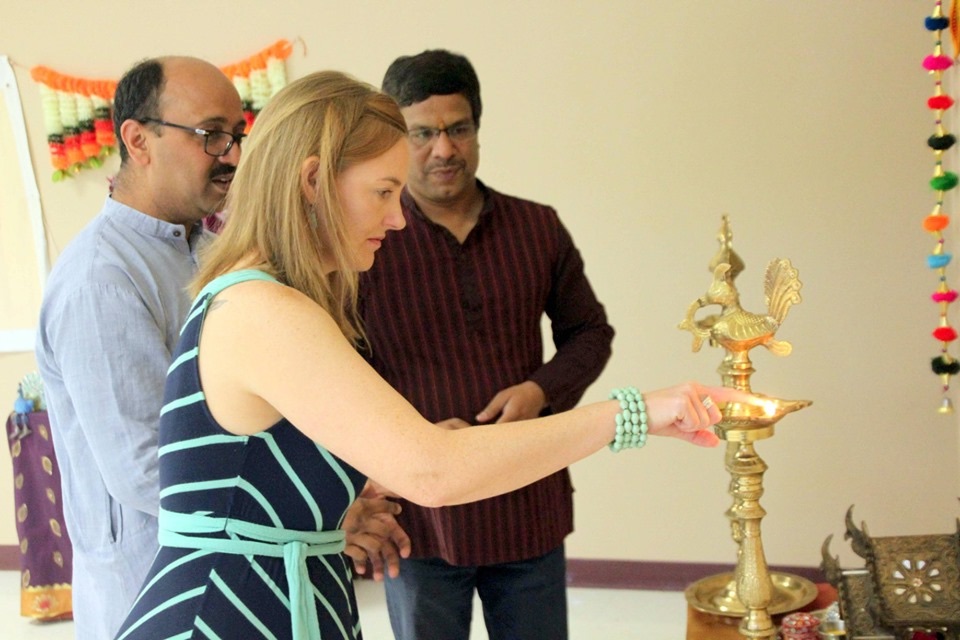 Teachers and attendees were impressed by the level of involvement by students in all age groups and the way they respected their teachers. Some teachers especially enjoyed the Hindu way of performing aarti with kumkum on the forehead, offering flowers, and the offering of sweets, followed by bowing down in front of the teacher. Many appreciated the meaning of Guru in Hindu philosophy, that she/he is the Guru who instills the knowledge inculcate it to practice and in the process; help to diminish the darkness of ignorance. A meaning that resonated was the different definition of a teacher as a friend, philosopher, and guide. School teachers especially appreciated this event that not only acknowledged their passion and hard work but also gave them an opportunity to gain an exposure to Hindu culture and its all-inclusive philosophy. 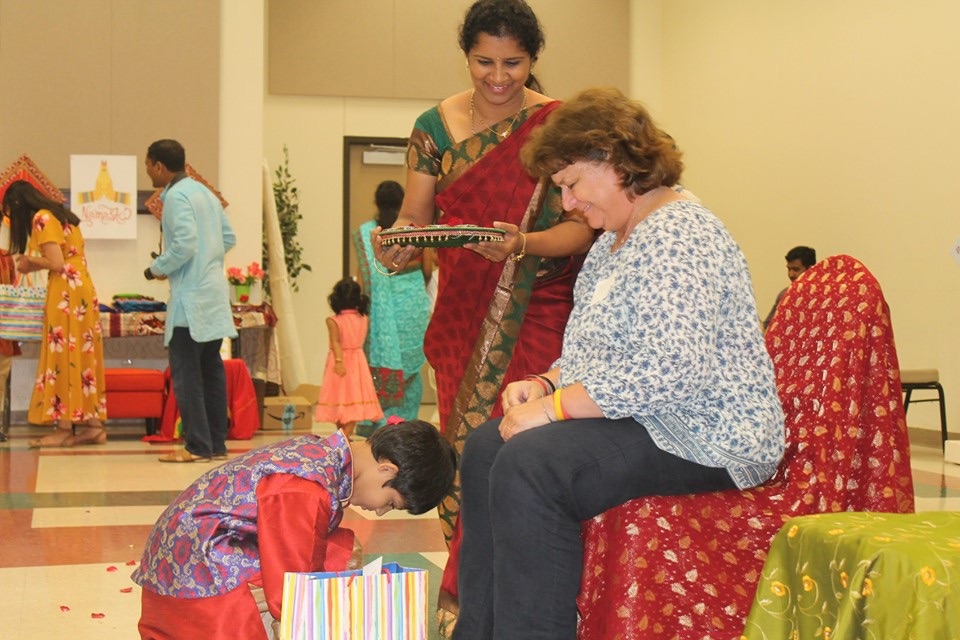 Students during their presentations or while acting as event emcees, liberally showered a praise on their teachers by sharing how they learned math or English or dance or something else and how teachers made them confident and independent thinkers.

Parents not only enjoyed the event but appreciated it, as it helped their children to participate, made their children think the importance of the Guru in their lives and also became an opportunity to interact with teachers and school representatives.

Following are some of the comments received by the attendees:

HSS, the nation’s largest Hindu-American organization, conducts a values education program for Hindu-Americans of all ages through its 200 branches nationwide. For more information, visit www.hssus.org.