HSS San Diego Vibhag conducted Sevika Sanghik, on Feb 16, 2020 at Mira Mesa Community Park. It was our pleasure to have Ma. Anjali ji Patel who is the National Sevika Pramukh as our guest of honor and motivational speaker.

The intent of Sevika Sanghik was to reinstate the power of women in today’s world. Sanghik was conducted with 30 Sevikas along with tons of enthusiasm and positve energy. It started with Ishchintan and Ekatmata Mantra, followed by warm up sessions including Yoga and Suryanamaskar. After the warm up sessions, we played some strength games focusing on mental alertness and team building. 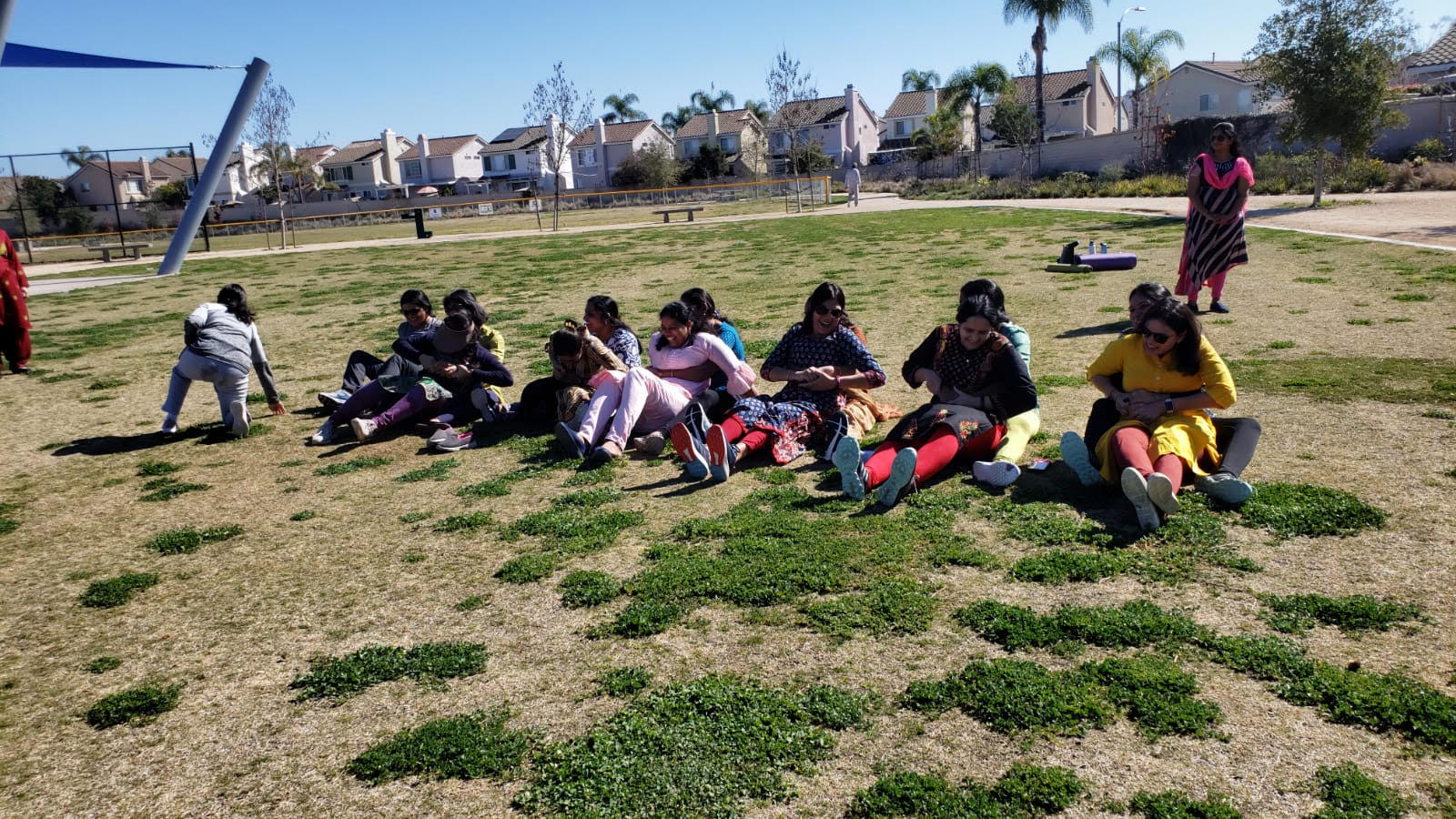 It was followed by Charcha on, what are the strengths that sevikas have to take dayitwas in Shakha and how we can enhance those strengths. We discussed about how we are being transformed into better personality after we are associated with HSS. It was an awesome discussion on how women feel empowered while contributing their bit towards enrichment and well being of our society. After this beautiful discussion, Ma.Anjali Ji took us through the history of women’s contribution during Indian Independence and how Rashtriya Sevika Samithi, a women's organization, in India was initiated by Vandaneeya Lakshmibai ji Kelkar, popularly called Mausiji. She started this organization in 1936 with the goal to empower women in the society and to bring them together.

Lunch was provided towards the end of the Sanghik which encouraged informal discussion between the members to discuss their queries, if any. Overall, the event was a great success.