Hindu Swayamsevak Sangh USA (HSS) strongly condemns the despicable act of vandalism of Mahatma Gandhi’s statue in the Central Park of the City of Davis, California.

It is ironic that miscreants committed this malicious act to the statue of Mahatma Gandhi, the apostle of peace and justice, who embodied tolerance and love of all humanity.  His philosophy of nonviolence influenced Martin Luther King, Jr. and through him the civil rights movement in the United States. His legacy has also influenced and inspired millions, including important world leaders such as Nelson Mandela, the Dalai Lama, and Khan Abdul Gaffar Khan, known as “Frontier Gandhi.” This act of vandalism is an attack on a cultural icon of India as well as the broader peace-loving American society. 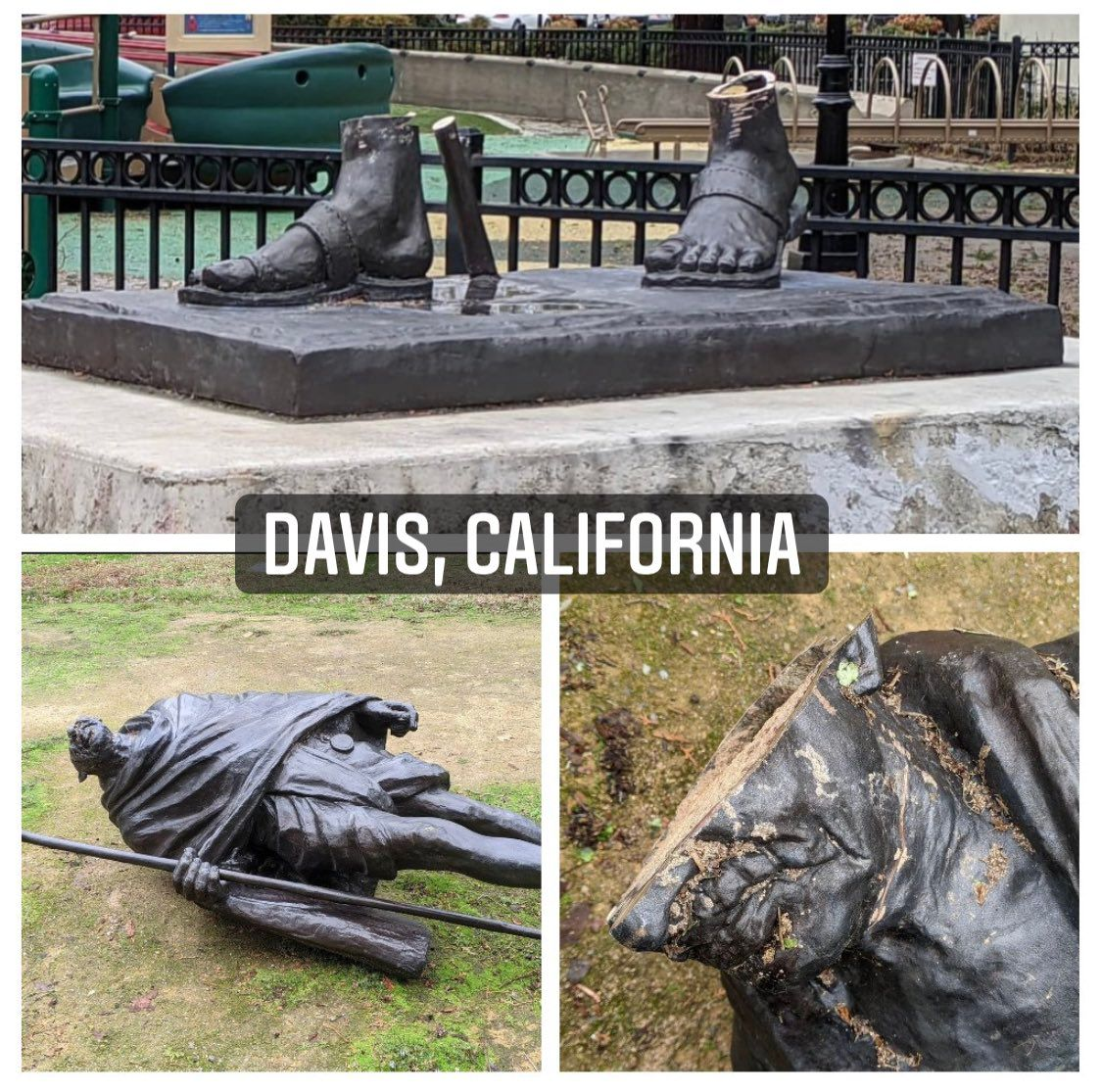 HSS said that this campaign of hatred and intimidation by many anti-India and anti-Hindu groups that has been ongoing for years must stop. It further urged all peace-loving Americans to join and support Hindu-Americans who are peacefully protesting against this heinous act across the United States.

HSS believes that such acts of hatred and Hinduphobia, if left unchecked, could also manifest in physical violence against Hindu-Americans.

HSS demands a swift investigation and prosecution of the perpetrators who destroyed the statue and calls upon the City of Davis to re-install the statue at the same location at the earliest.